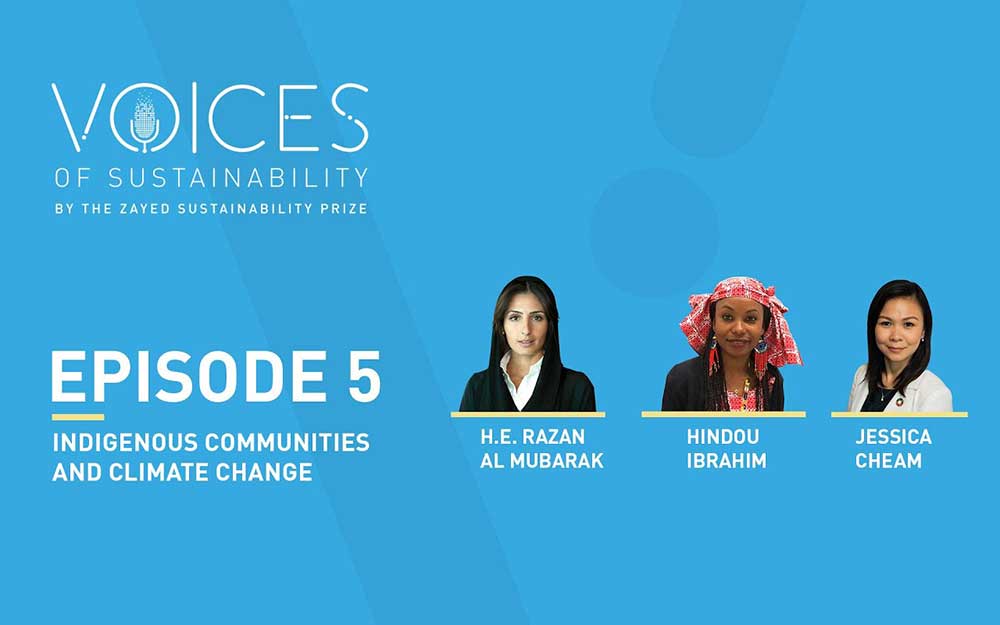 Today is the International Day of the World’s Indigenous Peoples, which honors the rights of indigenous groups while celebrating their contributions — including their central role in preserving biodiversity throughout the world. Razan Al Mubarak recently took part in a discussion spotlighting how insights from indigenous peoples can teach policymakers and scientists about resilience and living in balance with nature.

The panel on indigenous communities and climate change was part of Voices of Sustainability, a fireside chat series hosted by the Zayed Sustainability Prize.

Ms. Al Mubarak talked with Hindou Oumarou Ibrahim, President of the Association for Indigenous Women and Peoples of Chad (AFPAT), about how indigenous women, as their communities’ knowledge bearers, are crucial to managing nature and resources in the face of an extinction pandemic.

The two women noted that indigenous peoples’ direct reliance on the environment and its resources makes them better at finding a holistic approach to conservation.

Noting that indigenous peoples make up five percent of the world’s population but are protecting over 80 percent of Earth’s biodiversity, Ms. Al Mubarak said:

“Indigenous people are everywhere — from the arid deserts, savannas and high mountains to glaciers, tropical forests, oceans and islands. When you go to an indigenous land, it is more fertile than a national park that is protected by the government. And that is because we know how to keep balance with nature. It is the wisdom of the indigenous people that makes this possible.”

Ms. Al Mubarak’s participation in the event reflects her commitment to ensuring diverse voices, including indigenous peoples, women, and young people have an active and equitable role in IUCN governance.