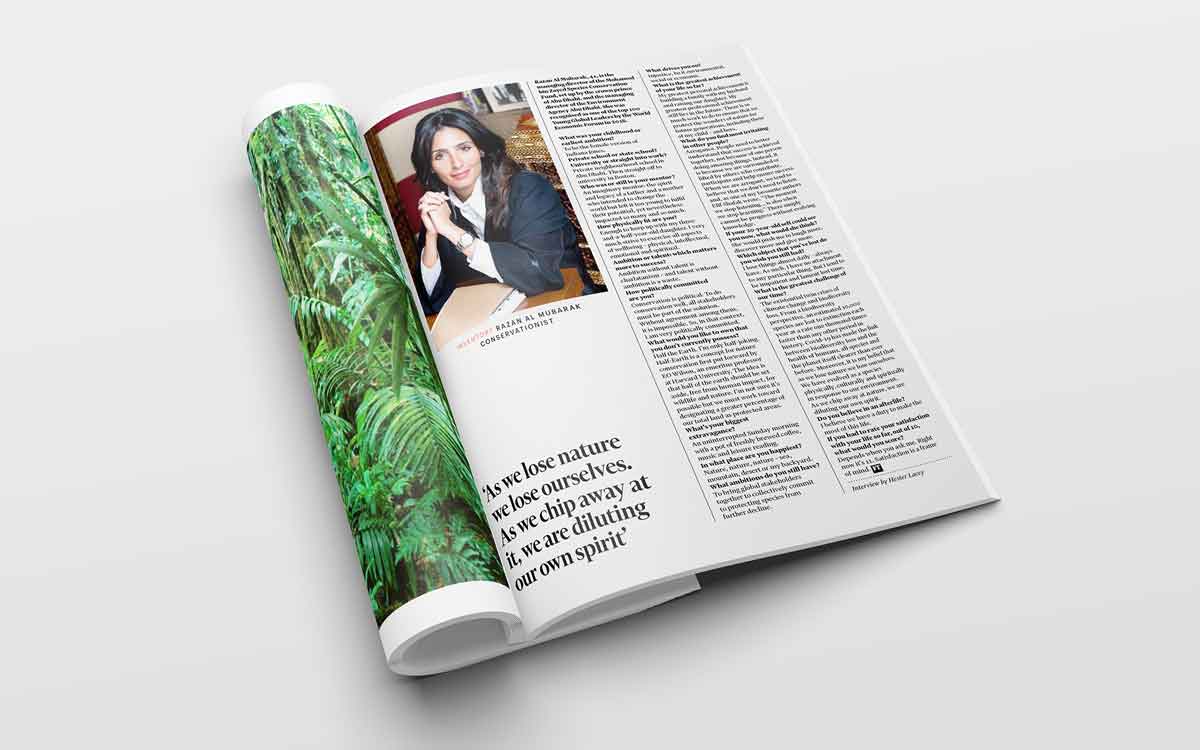 In an interview with the Financial Times, Razan Al Mubarak discusses why she believes the existential twin crises of climate change and biodiversity loss are the greatest challenges of our time.

“From a biodiversity perspective, an estimated 10,000 species are lost to extinction each year at a rate one thousand times faster than any other period in history. Covid-19 has made the link between biodiversity loss and the health of humans, all species and the planet itself clearer than ever before. Moreover, it is my belief that as we lose nature we lose ourselves. We have evolved as a species physically, culturally and spiritually in response to our environment. As we chip away at nature, we are diluting our own spirit.”

The only woman running for president of the International Union of the Conservation of Nature (IUCN), she also explains how motherhood further inspired her mission to safeguard the planet.

“My greatest personal achievement is building a family with my husband and raising our daughter. My greatest professional achievement still lies in the future. There is so much work to do to ensure that we protect the wonders of nature for future generations, including those of my child – and hers.”

If elected president of IUCN, Ms. Al Mubarak would be the second woman to lead the organization in its 72-year history since Yolanda Kakabadse, who served from 1996 to 2004.