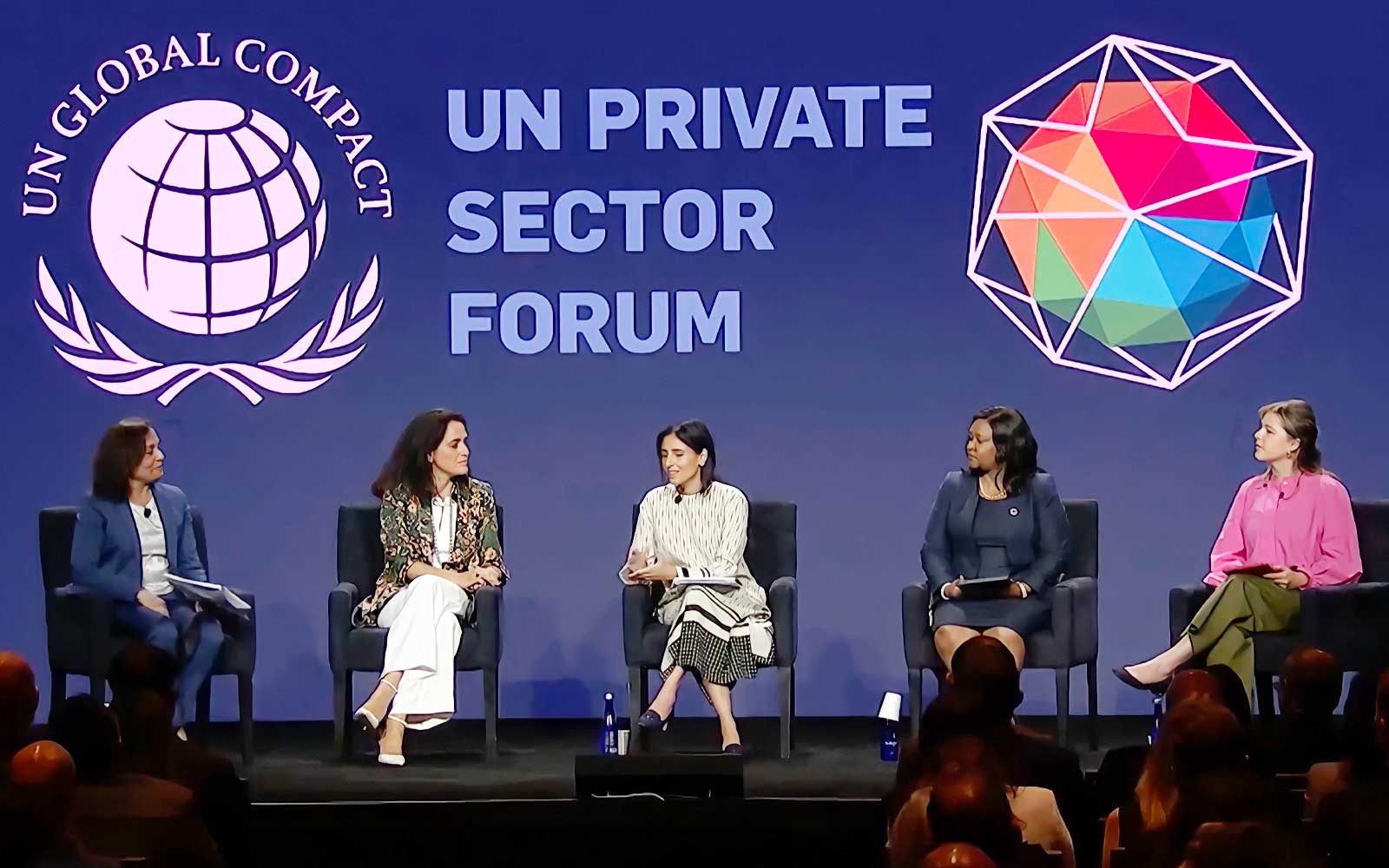 During Climate Week and the UN General Assembly in September, Razan Al Mubarak championed initiatives to address climate change and biodiversity loss at a series of seminal events in New York City.

Ms. Al Mubarak started her week off in New York at a panel discussion on conserving, restoring, and sustainably using nature, aimed at securing the highest level of commitment from global leaders to an ambitious biodiversity framework at COP15. Held this coming December in Montreal, the COP15 talks aim to give biodiversity the same international protection as the climate. In an address that encouraged optimism, Ms. Al Mubarak highlighted the importance of establishing more protected areas, calling for at least 30 percent of land and marine territories to be set aside by 2030–50 percent by 2050.

“There is overwhelming evidence that conservation works where measures are effective and sustained,” said Ms. Al Mubarak. “Indeed, absent these efforts, trends in species extinction risk would be at least 20% worse. We have an amazing and resilient planet – it will heal if we let it.”

“When it comes to climate change,” she added, “nature-based solutions have the potential to supply up to 37 percent of climate change mitigation needs and create many more green jobs per million dollars invested than industries such as coal, oil and gas.”

To cap off a busy week, Ms. Al Mubarak took part in a multi-stakeholder panel discussion on the pivotal role of renewable energy. There in her capacity as a representative from the UAE, she spoke about the country’s bold net-zero ambition by 2050, touting it as an effort to limit emissions, not progress. She highlighted the UAE’s commitment to ramp up renewables like solar and wind, energy efficiency, and clean technologies like hydrogen, and its practical plan to assure both economic and environmental well-being.

Looking forward, Ms. Al Mubarak eagerly anticipates her participation in the first-ever IUCN Council meeting to be hosted in Abu Dhabi, in her homeland of the United Arab Emirates, and the 28th session of the Conference of the Parties (COP28) to be hosted in Dubai in November 2023. 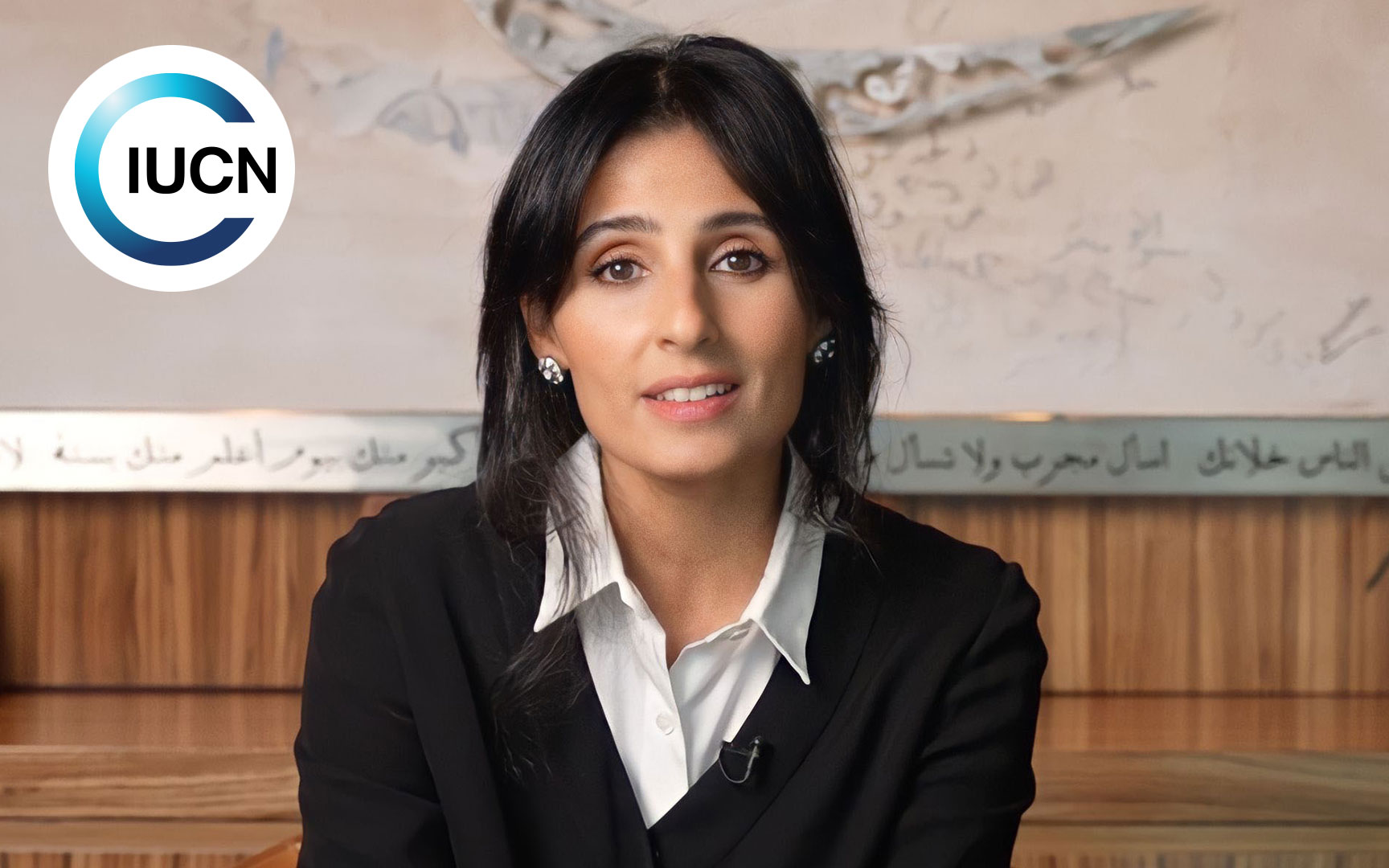 Just over one year ago, Razan Al Mubarak was elected IUCN’s new president. Her first year in office marks an important milestone and a great opportunity to update you on the progress that IUCN, under her leadership, has made in implementing the resolutions and decisions agreed upon during the Congress, while also laying out goals for the year ahead.

Ms. Al Mubarak said: “It is more important now than ever to ambitiously advocate on behalf of our planet with the urgency that this moment deserves. The work we do for IUCN and the conservation of nature is vital – and it is not solitary work: together we can contribute to a healthy future for our planet.”

Highlights of the Council’s work of the past year include:

Looking ahead, Ms. Al Mubarak eagerly anticipates the first-ever IUCN Council meeting to be hosted in Abu Dhabi, in her homeland of the United Arab Emirates, and the 28th session of the Conference of the Parties (COP28) to be hosted in Dubai in November 2023.

As the first Arab woman to serve as IUCN President, Ms. Al Mubarak especially values the imprint that her role as President has left on countless young women across West Asia, North Africa, and around the world, inspiring them to play an active role in conserving nature and biodiversity.