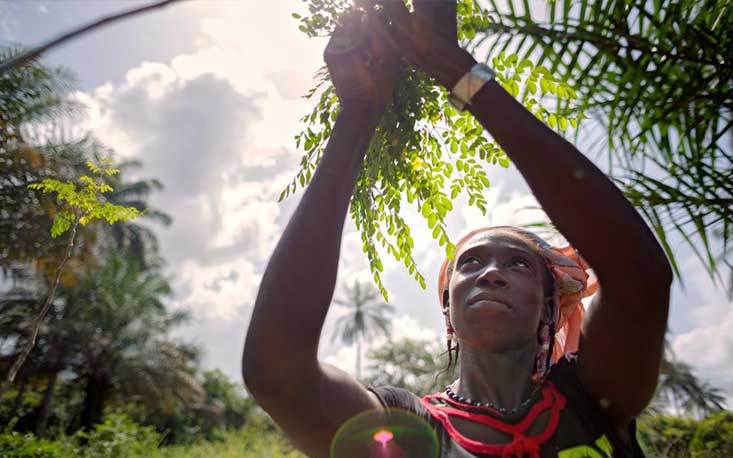 The COVID-19 pandemic is a wake-up call that a seemingly innocuous event in one part of the world can have a profound effect on the other side of the planet in just a matter of days.

In an op-ed written for The Ecologist, Razan Al Mubarak makes a powerful case for the need for conservationists to work more closely with global health and trade authorities in order to prevent future pandemics, economic crises, climate catastrophe, biodiversity loss and other existential threats.

"What is clear to me now is that [conservationists] have yet to succeed in highlighting the critical link between nature and our own health, perhaps because it is only now that we are experiencing the magnitude of this link. We can no longer afford to beat around the bush: the origin of this pandemic and the ensuing socio-economic crisis is ultimately an ecological one. As we encroach upon and destroy wild spaces and the species that inhabit them, we are essentially destroying our first line of defense. By breaking existential protective barriers against pathogens we lose the natural dilution and filtering services that healthy ecosystems provide humanity."

Ms Al Mubarak also writes that the disjointed global response to COVID-19 underscores an erosion of trust in the multilateral governance structures that are required to protect the planet.

She says that the best way to handle such issues is to recommit to multilateral entities and seek ways for these entities to collaborate.

"I believe that this global crisis has taught us that respecting and acting through the mutual-dependence of organisations like the WHO, the WTO, and the International Union for Conservation of Nature (IUCN) is more important than ever. As we prepare to reopen our nations and implement ambitious recovery plans, we have to collectively recommit to a better, more encompassing and coordinated global governance, in order to prevent or address future pandemics, economic crises, climate catastrophe, biodiversity loss and other existential threats."

Read the Op-Ed by Razan Al Mubrak in The Ecologist. 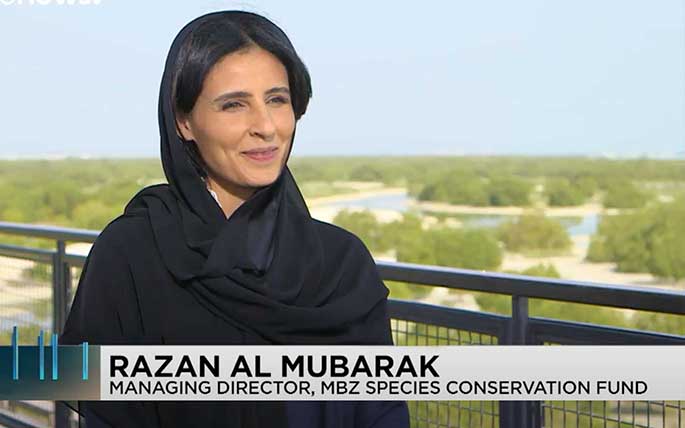 For a recent episode of Inspire Middle East on Euronews, Razan Al Mubarak met with correspondent Rebecca McLaughlin-Eastham in Abu Dhabi's Jubail Mangrove Park to discuss conservation initiatives she is leading in the UAE, Chad, and beyond.

Mangroves planted in Abu Dhabi forty years ago now absorb more than 41 million tons of carbon-dioxide equivalents, according to Ms Al Mubarak, and the country is on track to increase protected areas from 15% today to 30% by 2030. In addition, protection efforts in the UAE have kept the number of marine turtles stable for a decade, while the country's dugong population is second only to Australia's. The report also highlighted Ms Al Mubarak's role in re-introducing the once extinct-in-the-wild Scimitar-horned oryx in Chad.

But with scientists warning of a sixth mass wildlife extinction, Ms Al Mubarak said it's urgent that people take action now. “We must invest in the greatest museum of all, and that is nature - its conservation and preservation,” she said. “It is a reflection of our humanity.”

On the potential of becoming the first Arab woman to lead the International Union on the Conservation of Nature (IUCN) and its 72-year history, Ms Al Mubarak told Euronews: “If I get the job, I would first listen. Second, I would hope to bring a more balanced approach between the conservation agenda and the climate change agenda. And third, is nurture cooperation between the members.”

Read the full story at Euronews