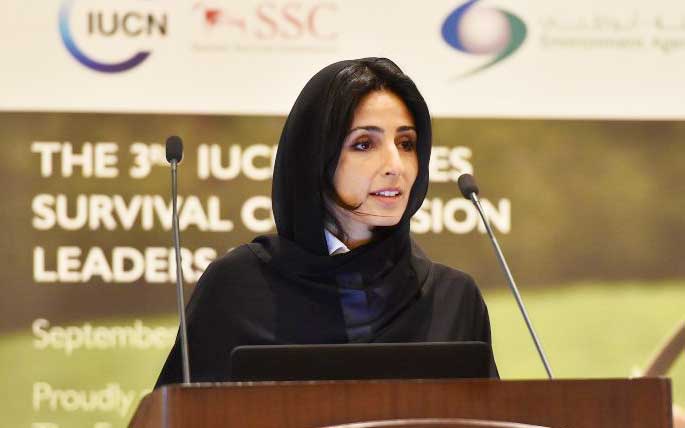 In 2008, Abu Dhabi hosted the first IUCN Species Survival Commission's Specialist Group Chairs meeting. It was a decisive moment for the SSC. It was the first face-to-face meeting of all the Specialist Group Chairs. Since then, the SSC leadership has met in Abu Dhabi in 2012 and 2015 and again in October 2019. Four meetings in 11 years. These meetings allow the SSC to plan and strategize to help save the world's most threatened species.

Since then the worldwide environmental narrative has changed, sometimes for the better, but unfortunately, also for the worse. While globally, there is progress on addressing certain issues such as plastics pollution, climate change awareness and the increasing pressure the youth are placing on world leaders to act decisively and respond to the challenges of climate change; sadly we have also seen the almost unfettered burning of tropical rain forests and an acceleration in the rate of species' extinction. We are even losing species upon which our own survival may well depend, such as the humble honeybee and a myriad of pollinators.

Abu Dhabi's initial support to SSC was born from the emotional, spiritual connection of our nation and its leaders to nature and people. It was not born from a strategic plan, or a prioritisation exercise. It was born only from Abu Dhabi's understanding that there is no future where there is no biodiversity and no people.

According to the recent IPBES report, much of it drawing on IUCN data and research, one million animal and plant species are threatened with extinction, more than ever before in human history. It is very interesting to note that the main, immediate threats to species are the same traditional, exacerbated threats that have endangered species for as long as the conservation movement existed: over-exploitation, habitat destruction, invasive species, and economic development with all the pressure it puts on nature. Climate change is an added very serious threat; but focusing ONLY on climate change, will not save many species from extinction.

Here in our region, we have seen the effects of this decline first-hand. After surviving many years in the harsh desert environment, the majestic Saudi Gazelle was declared extinct by the IUCN in 2008. In the UAE, the Hawksbill Turtle – which forages in our waters and nests on our beaches – and the Arabian Leopard are both Critically Endangered.

Let us not be complacent about some of our less threatened species, for example the Hammour – or Orange Spotted Grouper – a staple of our fisheries, while currently classified as “Least Concern”, is currently declining in the UAE. The pressures upon our biodiversity seem only to increase, and we need to be ever vigilant.

As a government leader tasked to preserve our national environment, I have learned and experienced the needs and challenges to balance and combine development and environmental protection, the need for adequate policies and legal frameworks, the need for international collaborations, and the need for qualified people and accurate data.

Abu Dhabi's efforts have paid off to a degree and our waters are still home to the world's second largest population of Dugong. Our scientists and rangers have discovered several new species, and we are protecting more terrestrial and marine biodiversity than ever before, and this happened at a time when our country developed tremendously.

Direct and local actions are also a requirement for many species. They cannot survive only through better policies and international agreements.

Abu Dhabi is proud of its contributions to the Scimitar-horned Oryx Reintroduction Programme, which has succeeded in bringing this beautiful creature back to its historical home in Chad, where over 200 animals have been reintroduced in less than three years and are now living free again. And this is a species that was listed as Extinct in the Wild in the IUCN Red List. This initiative demonstrates the incredible power of cross-country collaboration to create environmental impact – something the SSC knows a great deal about.

I mention the IUCN Red List of Threatened Species, as it is undoubtedly the best known knowledge product of IUCN, a product that many governments are using to set priorities, develop plans and invest their resources wisely. The power of unbiased science-based knowledge is tremendous when applied to guide the development of adequate policies and actions.

After all, conservation transcends borders – and it is the responsibility of us all to work together in securing a future for the next generation and beyond.

At a time when some are questioning the very existence of the environmental threats that are damaging our Earth, we must work to provide unbiased evidence that empowers sound decision-making for the sake of our planet. And we need to do this in a framework where every level of society can engage, including governments, civil society, indigenous communities, and our youth.

Abu Dhabi is proud of its long-standing partnership with the IUCN. This is an organisation that has so much to offer and Abu Dhabi strongly supports the critical efforts of the IUCN. We all know that if we had to create the IUCN today, as opposed to when it was first established more than 70 years ago, we would probably not be able to do it again given today's divisive political climate. We must support the IUCN but we must also be aware of its shortfalls and work to improve it and help it stay relevant at a time when it is needed more than ever.

There were nearly 300 SSC leaders attending the most recent meeting in Abu Dhabi – including commission leadership, IUCN staff and Red List Authority coordinators. But worldwide, the effort is much greater. More than 10,000 volunteers are taking part in the SSC's activities across over 140 working groups and together we must make a difference.

Together we can raise awareness of our vital work in protecting the world's most threatened species.

Together, we can engage with everyone as we take forward our mission to protect the life that gives us life.

Let us not delay and let us ensure our actions are meaningful and efficient, as extinction is forever.

(This essay is adapted from a speech I presented at the fourth meeting of the SSC leaders in Abu Dhabi in October 2019.) 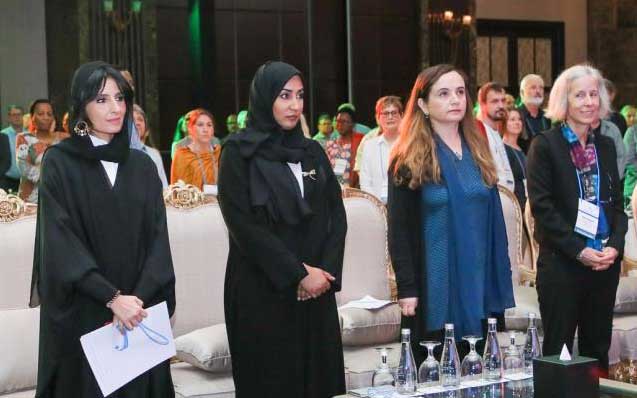 Under the patronage of the Environment Agency – Abu Dhabi, EAD, the Species Survival Commission, SSC, of the International Union for Conservation of Nature, IUCN, today opened its four-day Leaders' Meeting in the UAE capital. The conference has brought together more than 350 conservation experts, including the IUCN Secretariat and other IUCN commissions, Red List authority coordinators, UAE-based conservationists, SSC partners, as well as members of academia. During the meeting that will conclude on 9th October, leaders will seek to produce a declaration emphasising conservation action for species as a shared responsibility, and calling on countries to adopt and implement an ambitious and effective post-2020 global species target.