In an op-ed published today in the World Economic Forum's Agenda, Razan Al Mubarak discusses why it is essential that women are fully engaged and equally represented in biodiversity conservation — at the grassroots level and in the leadership of governments and NGOs.

“Women in many parts of the world, especially women in indigenous communities, are among the first to experience the devastating impact of [the] extinction pandemic. In fact, they are often nature’s first responders, security detail, and scientists searching for a cure to the crisis engulfing their communities.’

Noting that the World Economic Forum predicts that gender equality is still almost a century away at the current rate of change, Ms. Al Mubarak calls on leaders to urgently accelerate the pace now.

“As we implement the UN Convention on Biological Diversity over the next decade, we must prioritize enhancing the participation and engagement of women and girls. This means striving to expand their ranks on all fronts, particularly in regions and cultures where they may still face inequality. The United Arab Emirates, where I am from, has successfully prioritized gender equality in multiple areas. More than half of the country’s university degrees in science, technology, engineering, and math now go to women; four of our primary environmental agencies and organizations are led by women; women comprise half of the Federal National Council, the country's advisory legislature, and one-third of the Cabinet; and according to the World Economic Forum, the UAE ranks second throughout the world in wage equity.”

Read the full oped at the World Economic Forum here. 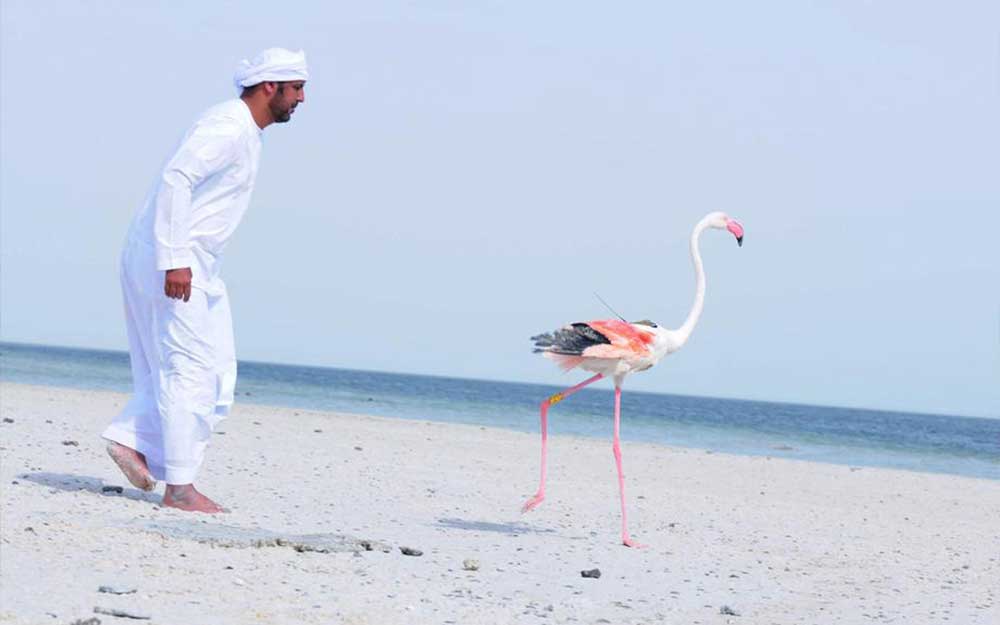 This week The National published a feature story about the history, mission and impact of the Mohammed bin Zayed Species Conservation Fund (MBZ Fund).

The article highlighted the successes and importance of microfinancing species conservation projects in the field. A return to the successful practices of the golden age of conservation in the 1960s and 1970s, the MBZ Fund recognizes that when we protect one species, we indirectly protect the many others that make up the ecological community. With an estimated 10,000 species lost to extinction each year, at a rate one thousand times faster than any other period in history, Ms. Al Mubarak says the Fund’s work is more critical now than ever before.

Ms. Al Mubarak explained, “without conservationists in the field, we lose our first line of defence against habitat destruction, deforestation, overhunting, poaching and pollution. When we support a conservationist, chances are good that the conservationist will receive funding from other sources as well. Support from the MBZ Fund is often the spark that lights the fire of conservation.”

Launched in 2009 with an initial endowment of $25 million, grants of up to $25,000 are awarded and have now gone to support more than 1,400 species and subspecies. Over 2,150 projects have been awarded in over 160 countries. These have focused on the preservation of animals, plants and fungi. Awards have led to species rediscovery, reintroduction and protection from extinction.

Read the full article by Daniel Bardsley “How an Abu Dhabi Fund is bringing world’s endangered species back from the brink” in The National.