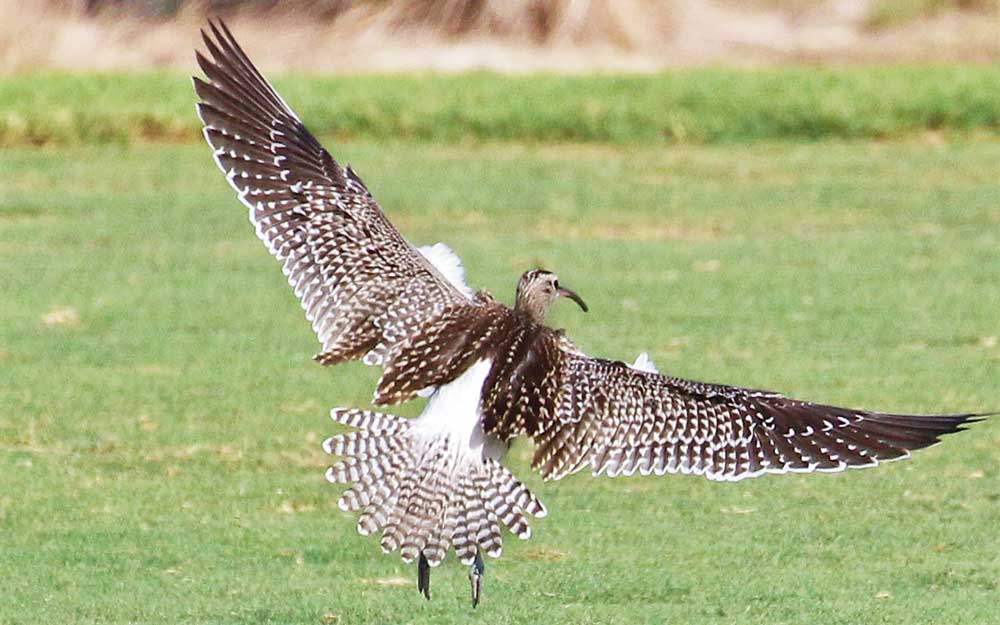 Some good news has risen from Abu Dhabi with the help of the Mohamed bin Zayed Species Conservation Fund (MBZ Conservation Fund), where Razan Al Mubarak serves as the founding managing director.

As reported by The National, a Steppe Whimbrel, of which only 100 exist today, was photographed on Saadiyat Island by two members of Emirates Bird Records Committee. This sighting is particularly remarkable because it is the first observation of a juvenile Steppe Whimbrel in the field anywhere in the world.

The whimbrel's identity was confirmed by Gary Allport of BirdLife International, the world's foremost expert on Steppe Whimbrels. In 2018, the MBZ Conservation Fund provided a grant to researchers at the University of Cape Town to support research on Steppe Whimbrel migration.

“Sighting a juvenile Steppe Whimbrel here in Abu Dhabi is magnificent news,” Ms. Al Mubarak told The National. “The fund supports conservation of rare species and subspecies around the world but we never expected one of the rarest of all to turn up on our doorstep. It emphasises the importance of our commitment to maintaining protected areas along bird migration routes, including here in Abu Dhabi.”

The MBZ Conservation Fund operates on the principle that small actions can make a big difference. The organization provides microgrants to people working directly with endangered species in the field, and has supported more than 2,150 projects in over 160 countries, helping to reduce threats to species, many of which are on the brink of extinction.

Read more about the Steppe Whimbrel project at The National