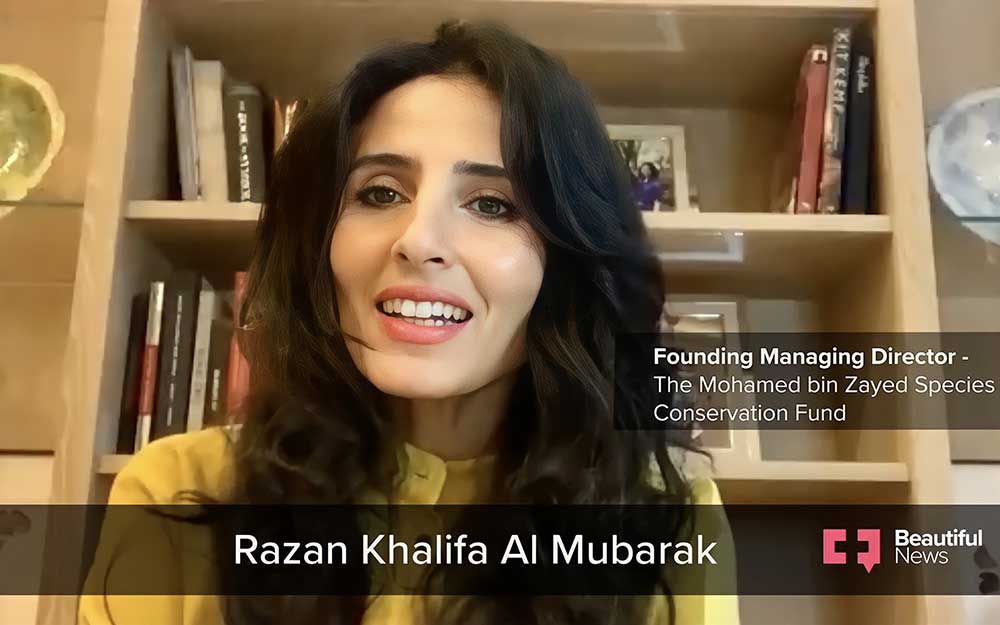 Around the world, women are a key component in successful conservation initiatives in their communities. Razan Al Mubarak paid homage to female conservation heroes for International Women’s Day on March 8, 2022, in a video for Beautiful News. The Cape Town-based news platform publishes one positive story per day at 4:14 pm, in recognition of the moment that Nelson Mandela was released from prison.

In the video, Ms. Al Mubarak highlights the role of women in conservation and the women conservationists who have been funded by the Mohamed Bin Zayed Species Conservation Fund, where she is managing director. To date, her organization has funded 2,394 grants to fund species conservation initiatives worldwide. Among the grantees profiled in the video are Dr.Silvana Campello, who is saving the rare pink Amazon River Dolphin in Brazil, and Anya Ratnayaka, who is researching how the fishing cat is adapting to habitat loss in Sri Lanka

“These women are so intimately aware of the changes in the natural environment. So we wanted to focus on the unusual suspects—women in the communities who against all odds are protecting their nature.”