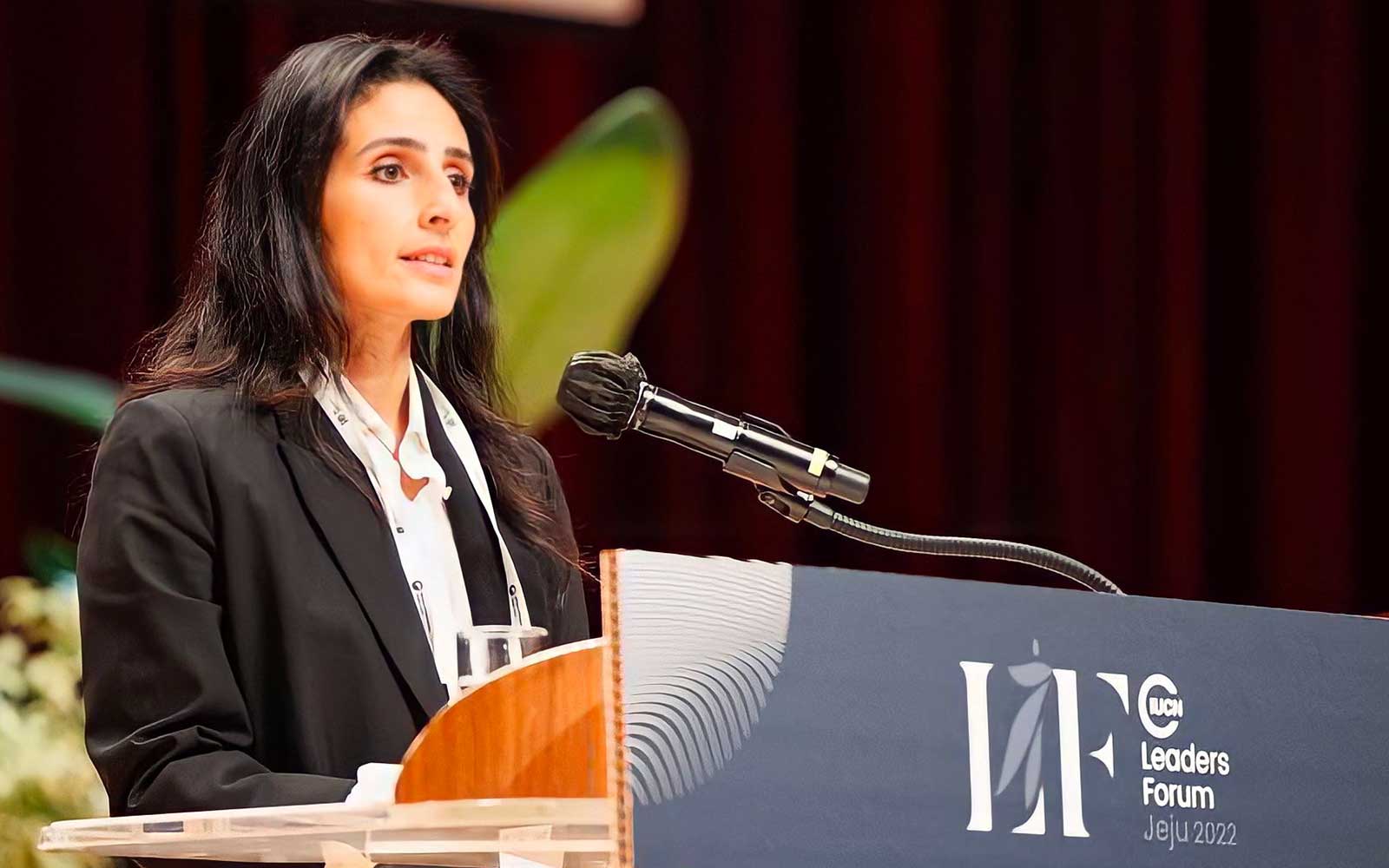 In the first-ever edition of the IUCN Leaders Forum, Razan Al Mubarak delivered the opening remarks and kicked off a three day event discussing IUCN's vision for a nature-positive, global economy and society, and turning this vision into reality.

The Leaders Forum gathered some of the most powerful voices in the world of climate change and conservation, and included a keynote address by the Former Secretary General of the UN, H.E. Ban Ki Moon, amongst others.

In her remarks, Ms. Al Mubarak highlighted the importance of nature to our economic systems – from pollinators and clean water, to the habitats that shield us from the effects of climate change. She urged that we build momentum around a global framework to halt biodiversity loss by 2030.

“With the Biodiversity COP15 in Montreal less than two months away, we are approaching a pivotal moment,” said Ms. Al Mubarak. “The challenge we face is no less than to rethink and rebuild our societies and economies to put nature on the path to recovery; we must become nature-positive.”

Ms. Al Mubarak also took part in two sessions that gathered change makers from around the world – including young leaders and innovators from the conservation, finance, tech, development, health and other sectors. The changemakers pitched nature-positive proposals to prospective funders, as well as potential government, private sector, and civil society partners.

As IUCN President and a fellow IUCN member from West Asia, Ms. Al Mubarak had the opportunity to host a session welcoming the Royal Commission for Al-Ula, along with its sister agency King Abdulaziz Royal Reserve Development Authority, as IUCN’s most recent Government Agency members.

Ms. Al Mubarak also announced Hyderabad as the Grand Winner of the 2022 World Green City Awards, which recognises initiatives that rely on a greater use of plants and nature to create better city environments, while fulfilling local aspirations for improved economic, social and environmental resilience.