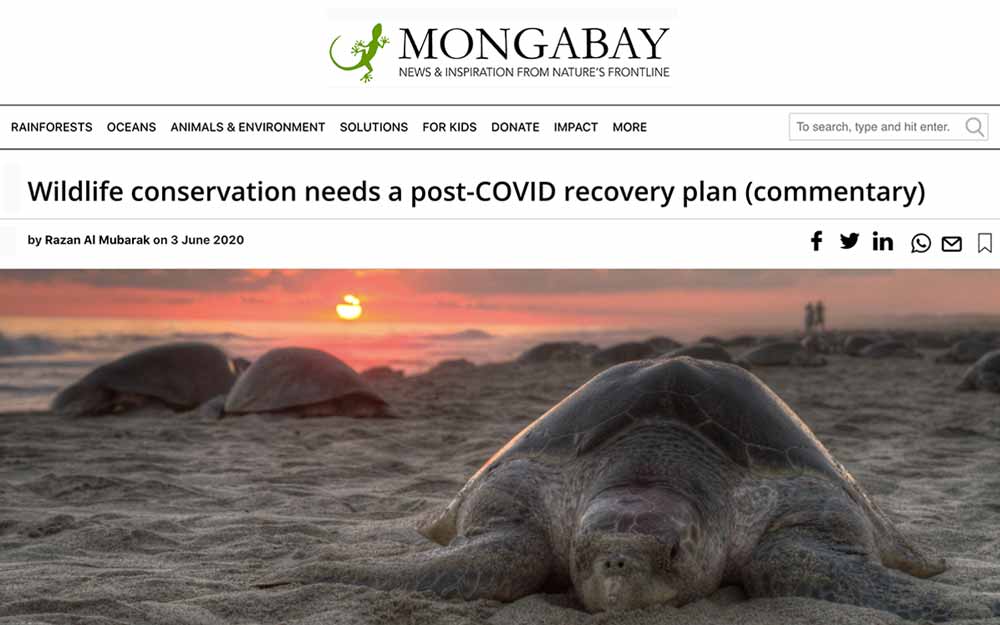 While the global lockdown has led to unprecedented reductions in greenhouse gas emissions, there is increasing evidence that the pandemic is bringing critical conservation efforts to a halt, harming efforts to prevent biodiversity loss worldwide.

In an op-ed written for Mongabay, the global conservation and science news outlet, Razan Al Mubarak calls for a post-COVID recovery plan for wildlife conservation.

Over 85 percent of conservationists report they have had to suspend their work during the pandemic, according to a recent survey of 300 conservationists in 80 countries who have received microgrants from the Mohamed bin Zayed Species Conservation Fund (MBZ Fund), where Razan is the founding director.

“Based on my experience as the former head of the largest environmental regulator in the Middle East, I am genuinely impressed with reports of cleaner air and reduced greenhouse gas emissions. However, in my current role as the director of a philanthropic institution providing financial support to species conservation projects worldwide, I am skeptical that there really are significant improvements in the status of wildlife. Because, while the causal link between economic activity and emissions is clear, we have known for a long time that the drivers of biodiversity loss are much broader.”

“Just as ‘green recovery' plans are being advocated, the conservation community must advocate for a ‘nature recovery plan’ where biodiversity is given the necessary stimulus to recover. This must be done on the back of a robust global biodiversity framework to ensure efforts to prevent biodiversity loss are on par with efforts to mitigate climate change impacts”.